A nothing-special day on the calendar to most people, I’m sure. But for me, February 11 is a life-changing day.

Nine years ago — February 11, 2011 — I was in a bad relationship. I didn’t yet realize how bad it was, but in the days that followed, including Valentine’s Day, I would realize just how not right things were.

A few weeks prior, I’d seen a post on Facebook from JackRabbit Sports, my favorite local running store, saying they were looking to cast “real runners” in an upcoming campaign. The runners would train for a marathon — no previous marathon experience required, which was good since I’d had a few half marathons under my belt but nothing beyond 13.1 — and would raise money for a charity of their choice, which for me was a no brainer, since I’ve always supported the Crohn’s and Colitis Foundation.

I applied. I had started to get the itch to run a marathon, I had started a running blog, and I had finally sort of started feeling like a “real runner.” I filled out the application, then spent at least an hour revising my application to squeak in under the required word count. I hit submit, and then forgot about it for a little while.

Then, one Monday evening, I got the email. Subject: JackRabbit Screen Test. They wanted me to come in to meet the team and have me chat for a bit on camera. (Yes, I had to Google “screen test,” and I remember immediately texting my friend Teddy, who worked at a TV station at the time, asking what I should wear, and would my favorite Blair Waldorf-inspired madras headband from J.Crew be “too much” or “just the right amount of flair?”) 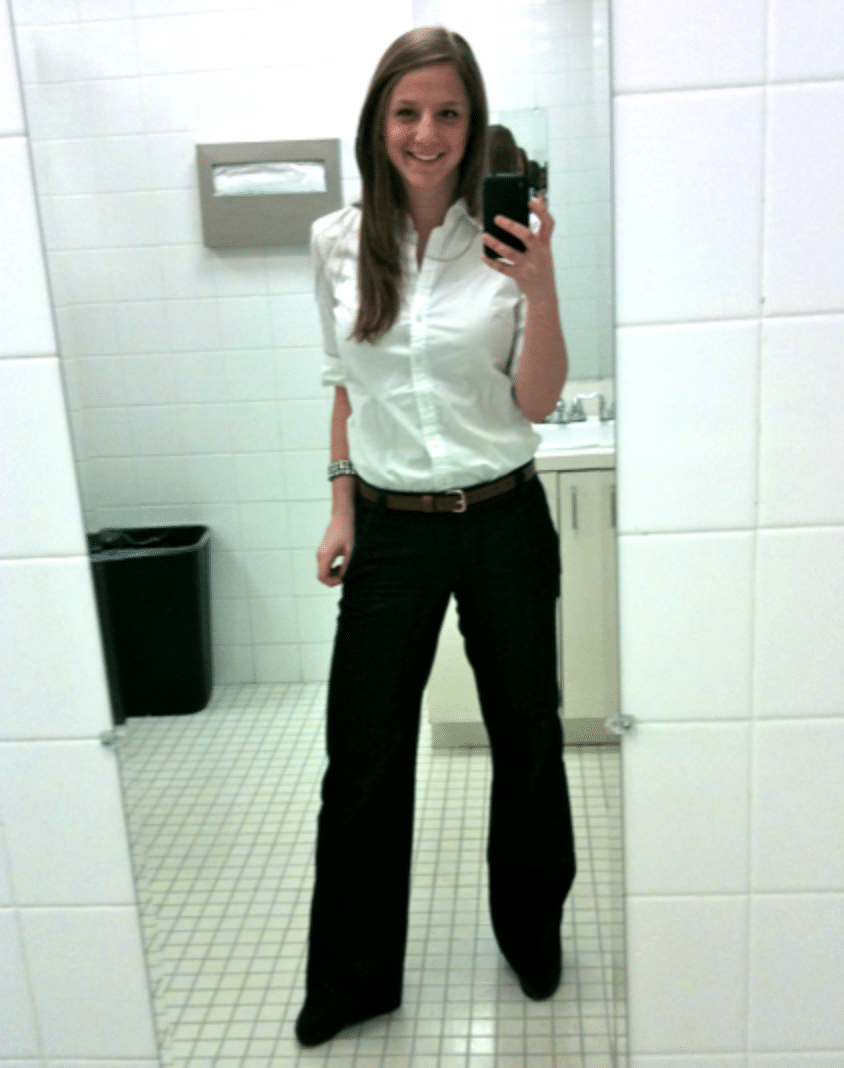 This was my “perfect outfit.”

I woke up that morning — February 11 — with butterflies in my stomach. I went for a three-mile run along the East River, and then put on my carefully selected outfit for the day: jeans, a brown belt, and a white button-down shirt. No headband. I went to my job at Dance Spirit, took a selfie in the bathroom (naturally), and sat at my desk, anxiously waiting for the clock to hit 1:30 PM.

When it did, I took the downtown 1 train to 14th Street, and then walked a block and a half east to JackRabbit, where I’d been fitted for and bought my first pair of running shoes three years prior. I waited for more than two hours — they were running behind — until I was finally told, “Alison Feller, we’re ready for you.” I walked down a metal staircase, and while I waited to be seated in front of the camera, a man standing next to me gestured to a table and asked, “Do you want some fruit?” I didn’t take the “caterer” up on his offer. I was too focused on what I was about to do. But I wondered why the caterer was wearing a blazer instead of, I don’t know, a chef’s hat and coat. I didn’t think much of it, and then I took my seat, got mic-ed up, and thus began my Run for the Rabbit screen test. 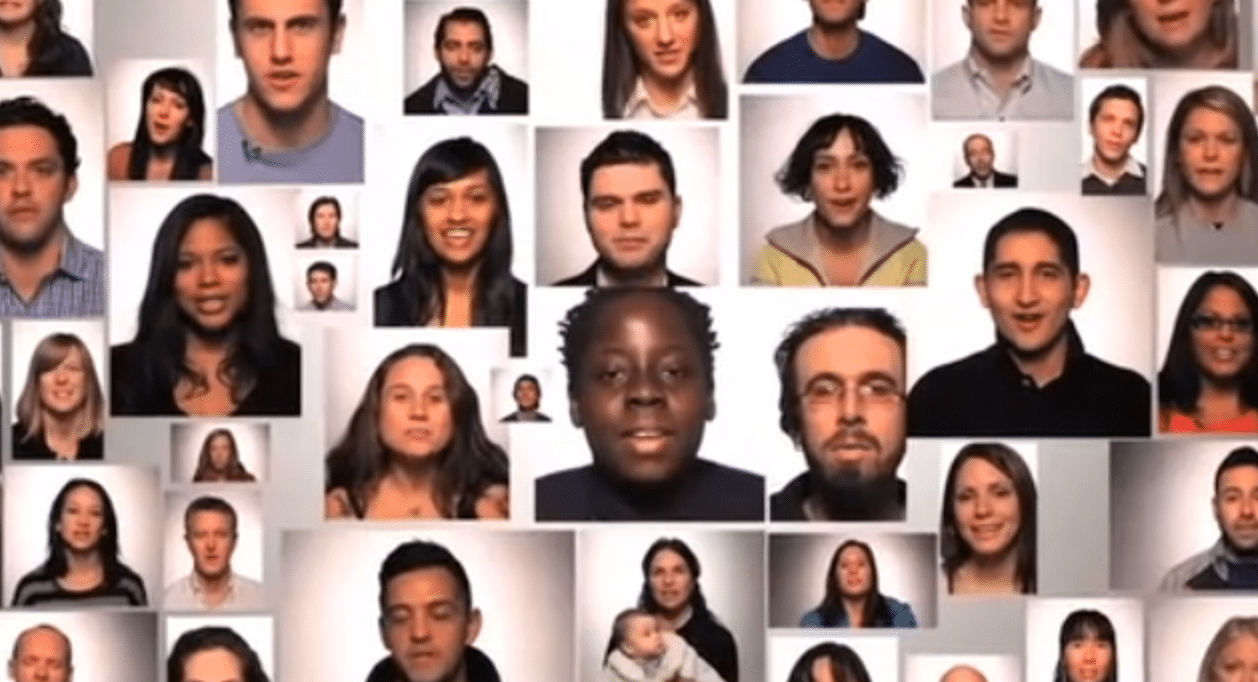 Just a sampling of the people brought in for screen tests that day! Can you find me?!

They asked me one seemingly simple question: “What’s your story?” And from there I launched into stories about where I grew up, and my life as a dancer. I talked about my first run, which was four blocks long. And then I talked about my second run: six blocks. I told them about my life with Crohn’s disease, and how badly I want to find a cure for it. At some point, I stopped talking. I don’t remember saying bye to the caterer.

I went back to Dance Spirit, completely giddy. “You’re going to get picked, and it’s going to change your life,” my best friend Michael told me with complete confidence.

Two weeks later, I got the email that I had been picked as one of the six runners for JackRabbit’s Run for the Rabbit campaign.

Everything in my life changed that day. I went on to train for and run my first marathon. I raised more than $20,000 for the Crohn’s and Colitis Foundation.

And I married the caterer. 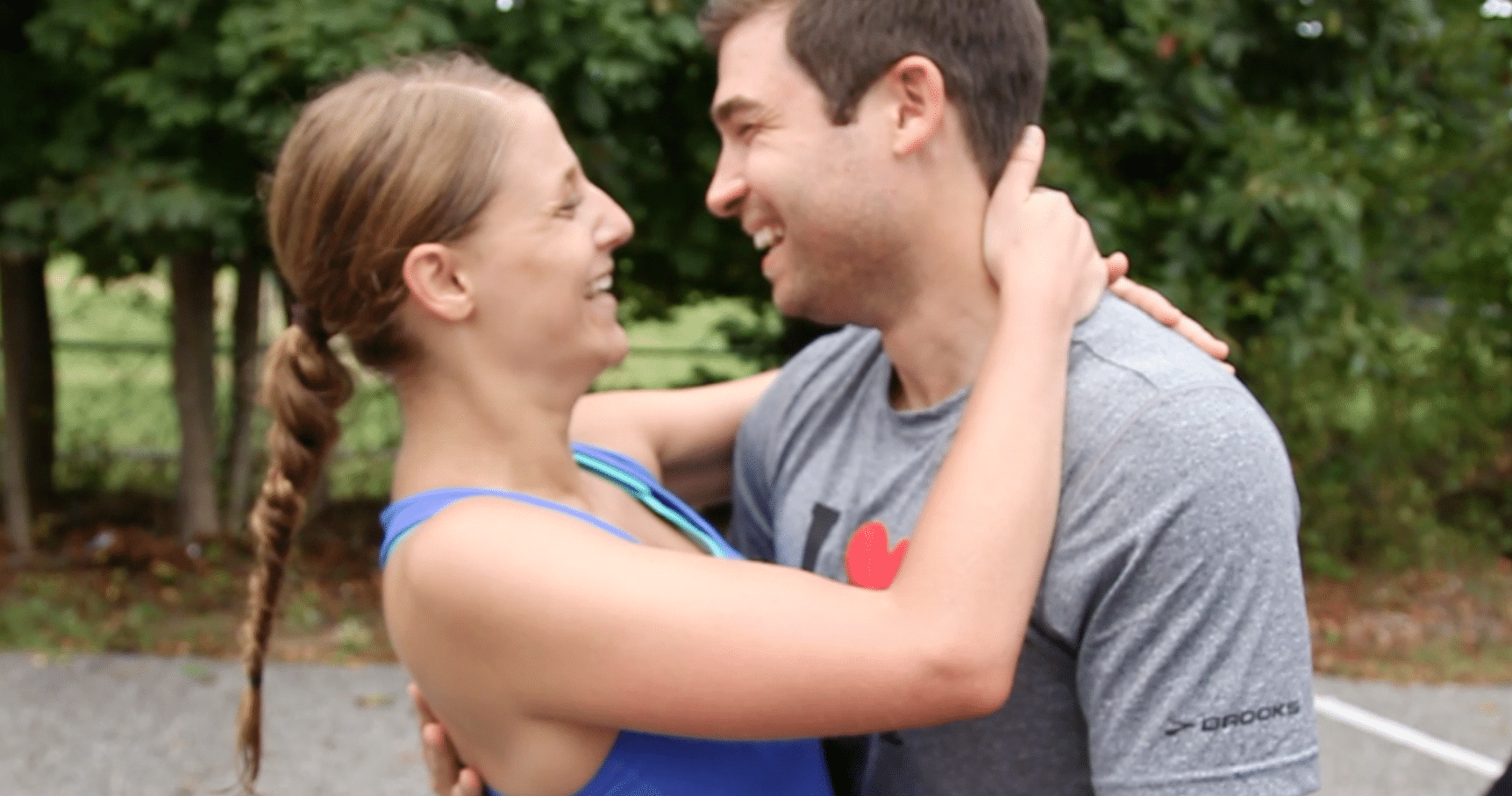 Ran the marathon! Raised the money! Made a really great new friend!

I woke up, again, with butterflies in my stomach. I opened my eyes and immediately checked my phone, and then my computer.

Three years ago, the Ali on the Run Show podcast officially went live. Today, 205 episodes and 2.5 million downloads later, my life has again changed in ways I never could have predicted.

February 11 is my own little holiday. My life-changing day. Every year, I reflect on this day with so much happiness and a lot of pride.

And there are definitely still some lingering butterflies in there.

A Kick In The Butt

Aww, happy anniversary! All of them!

Congrats on finding love and success on this very ordinary, special day!