Consider this a twist on Thankful Things Thursday.

This week has been the excitingly busy kind of nuts. But amidst the madness, there are some things I’m really into right now. Let’s discuss… 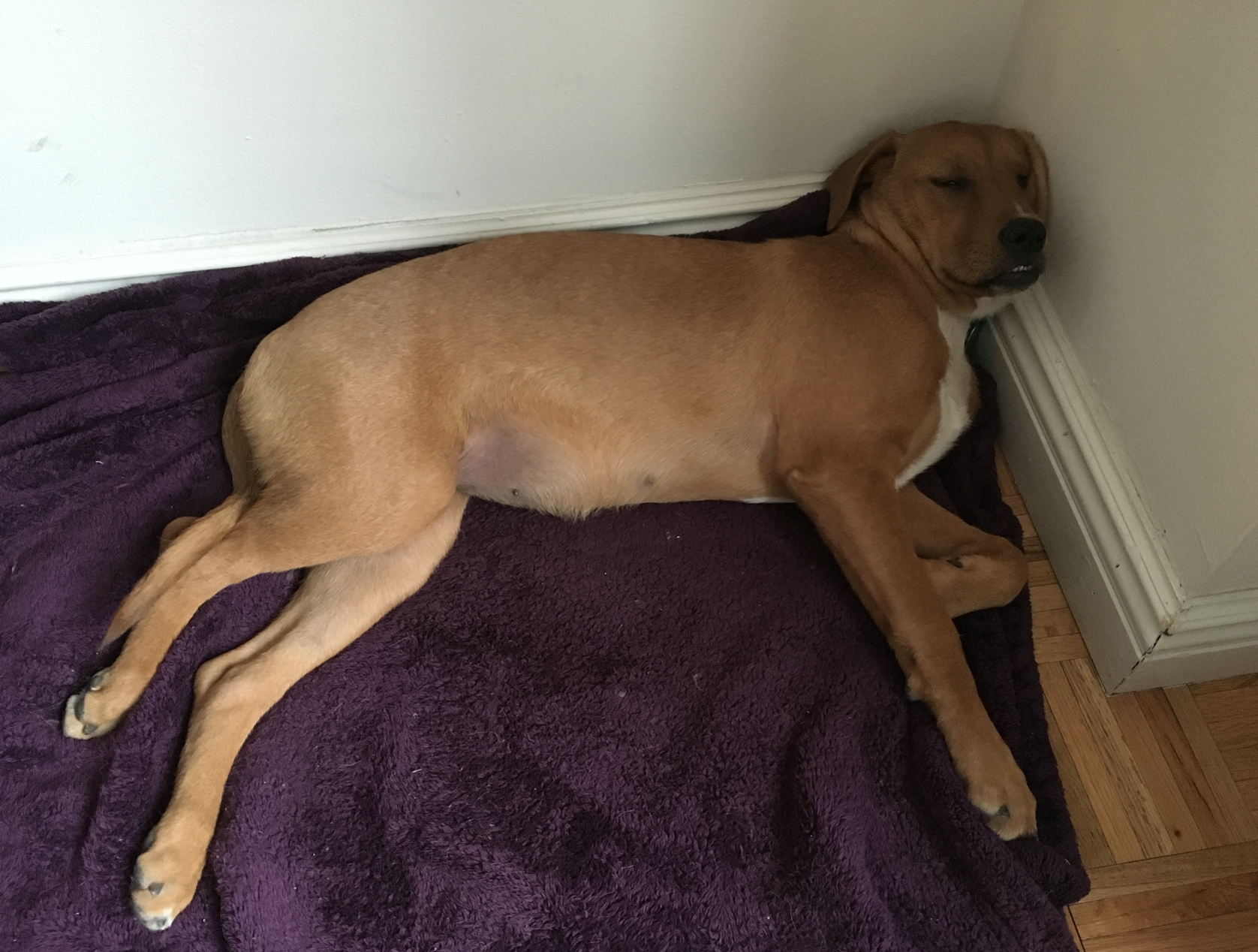 Let’s zoom in on that, shall we? 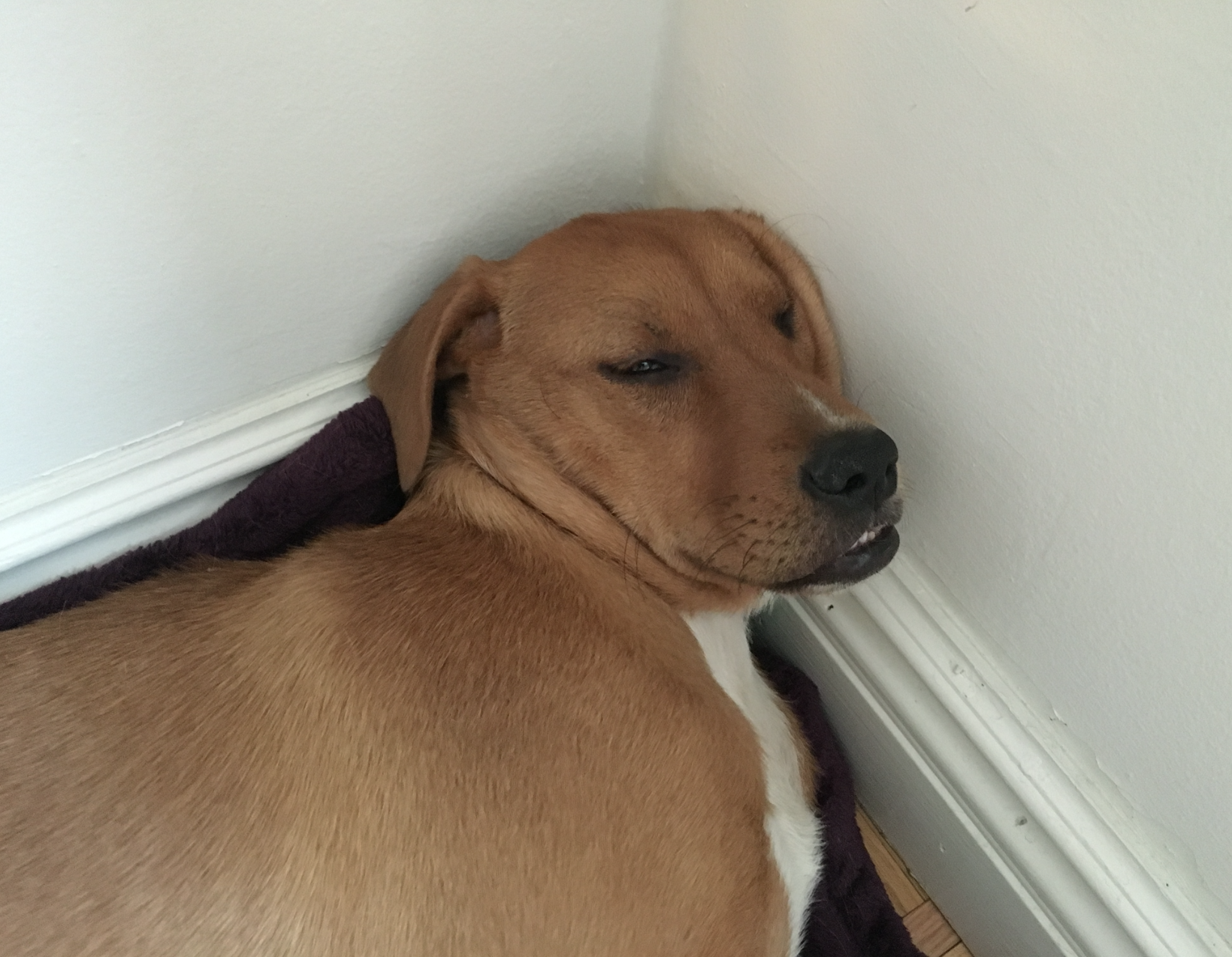 Running! Running continues to go watchless and well. Nothing much to report. I run 3–4 times per week, which seems to be a happy place for me. My runs are generally around five miles during the week. Nothing crazy. It keeps me excited for every time I get to run, and I don’t get bored. 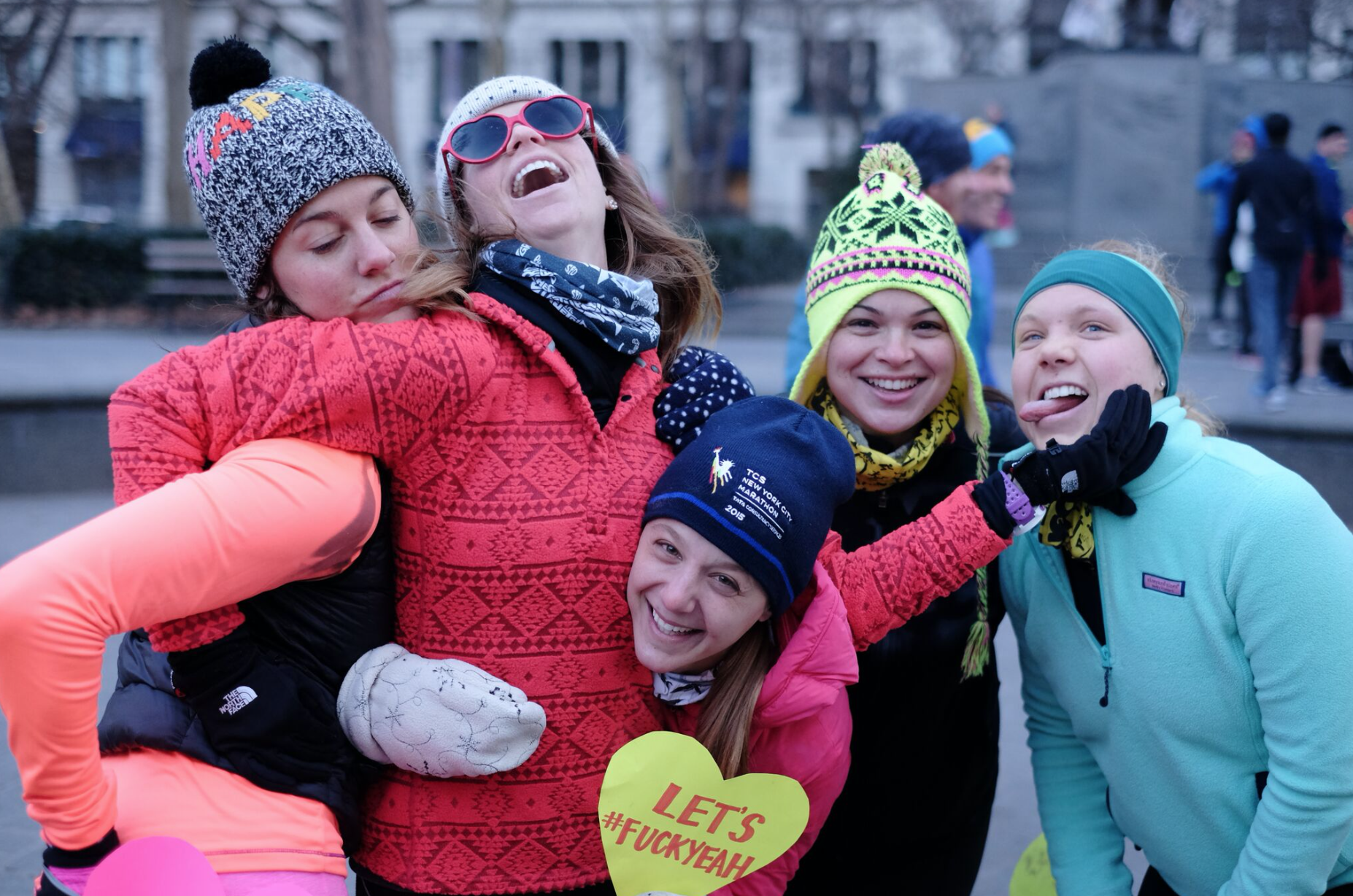 Running with friends! I rarely run solo these days! I run with my interval group on Tuesdays, with November Project and Wednesdays and Fridays, and then by myself on Saturdays. But “by myself” = with thousands of other Central Parkers on any given Saturday morning, so I’m hardly flying solo. 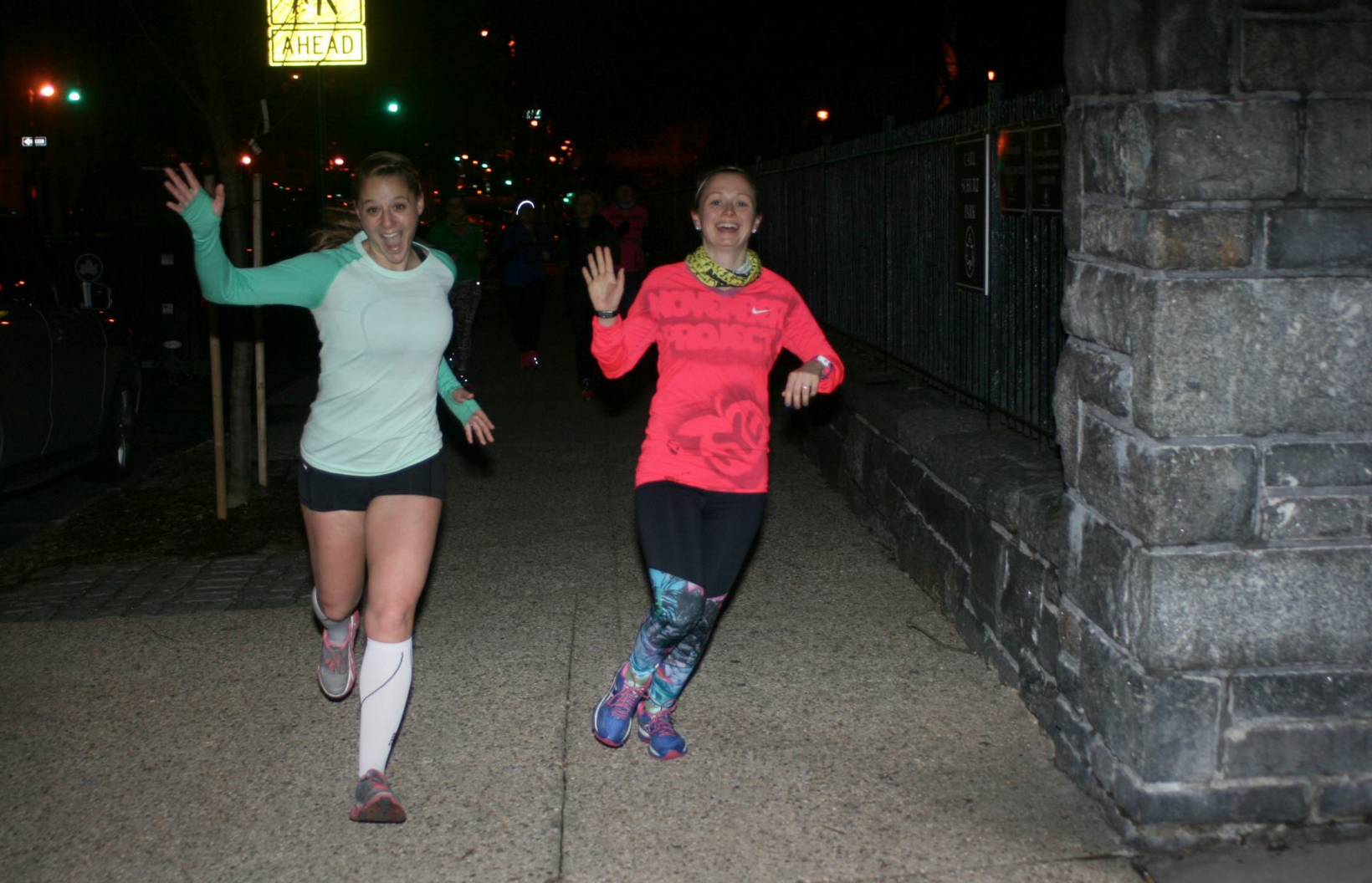 With my cute friend Sarah. ISN’T SHE CUTE?

Friday Night Lights. I just started watching Friday Night Lights. I had never seen a single episode but have of course heard great things. In just one week, I have almost finished Season 1, and I am hooked. Tammy Taylor is my hero-idol, Minka Kelly is the prettiest, worst actress ever, and Tim Riggins <3 <3 <3 <3 <3. Clear eyes, full hearts, can’t stop watching. 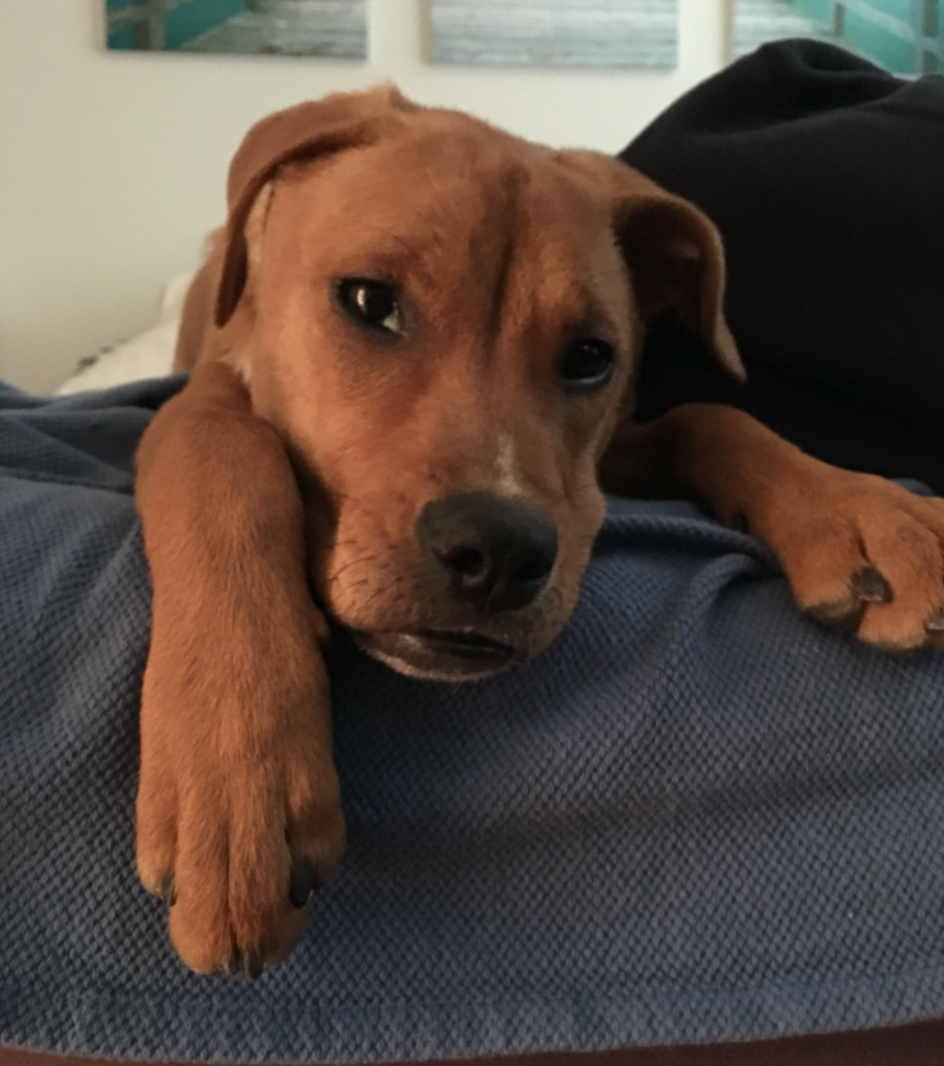 She likes it, too. She likes Tim Riggins!

My new Alo leggings. I attended a Fashion Week event at Bandier last week (and spent some QT with Australian darling Sjana Elise Earl), and I left with not one but two new pairs of leggings. These ones are my “casual” pants, and these ones are how I dress up now, because I wear them out with boots instead of to sweaty fitness things. 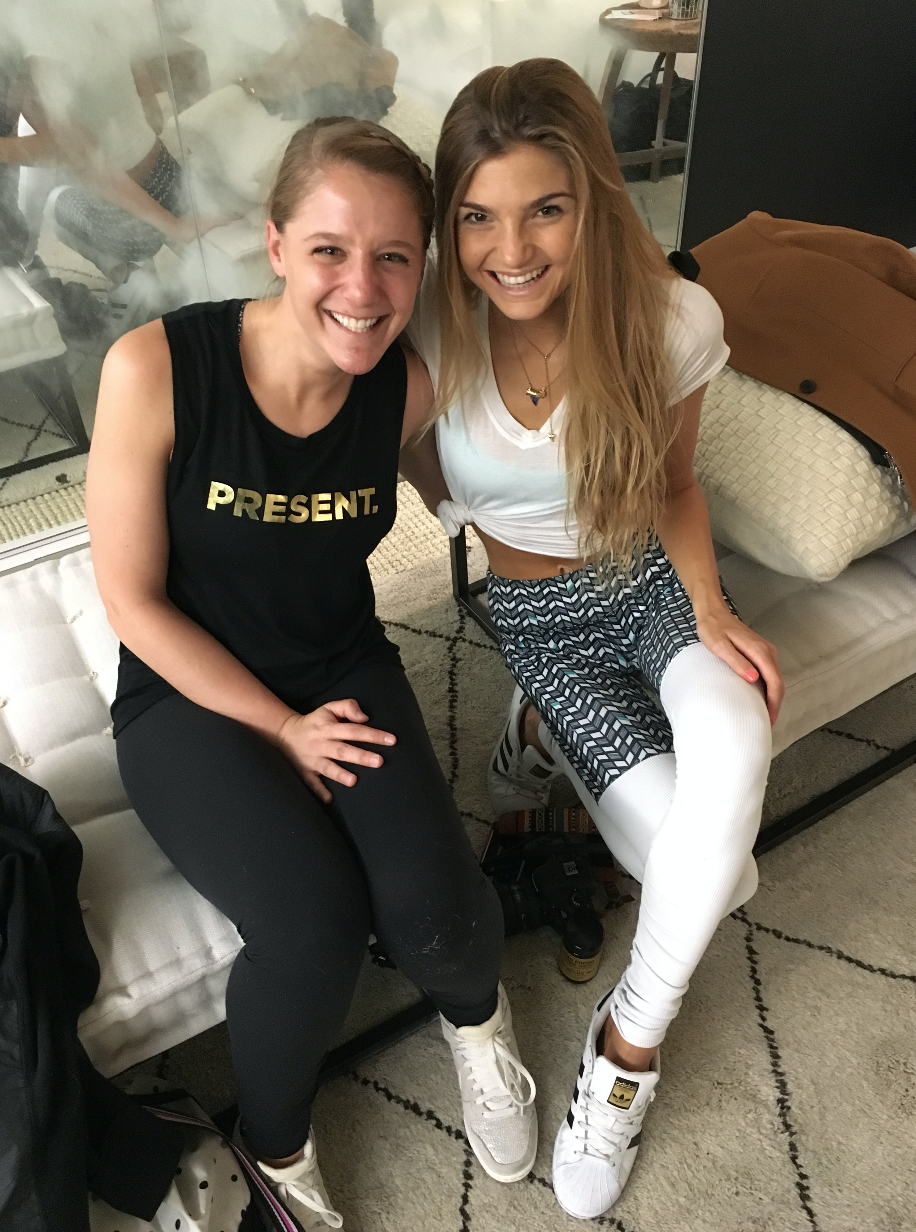 WE ARE EQUALLY BEAUTIFUL.

Taking Ellie to the dog park! We took her for the first time on Saturday and it was so much fun (for all of us)! It was nice letting her run around off-leash (it’s all fenced in, so there’s no worry of her taking off) and totally wear herself out. It took us 15 minutes to get there and 45 to walk home. She was beat, and proceeded to sleep for two days. 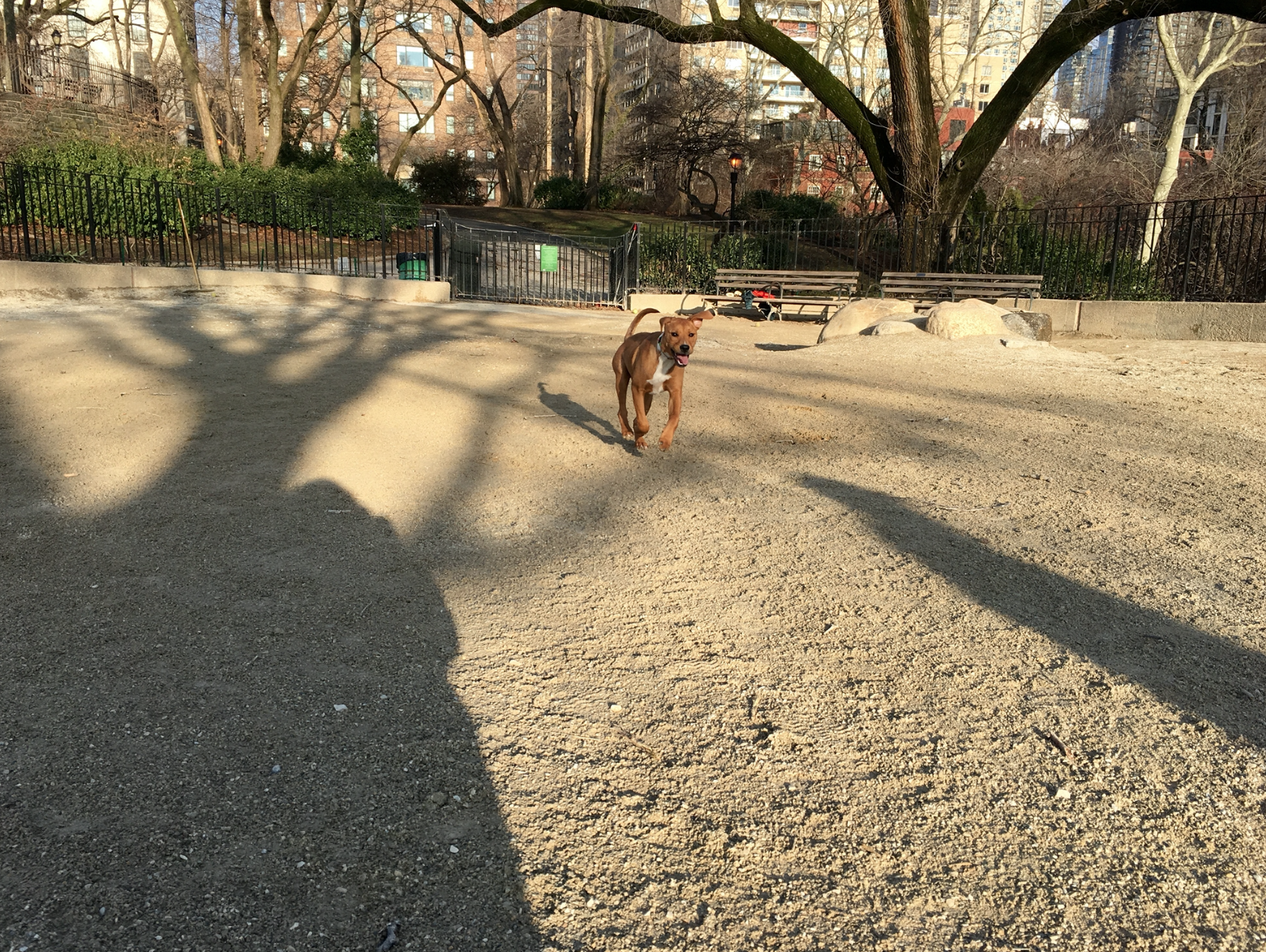 EVERYONE IS HAVING FUN!

And on the workout front… 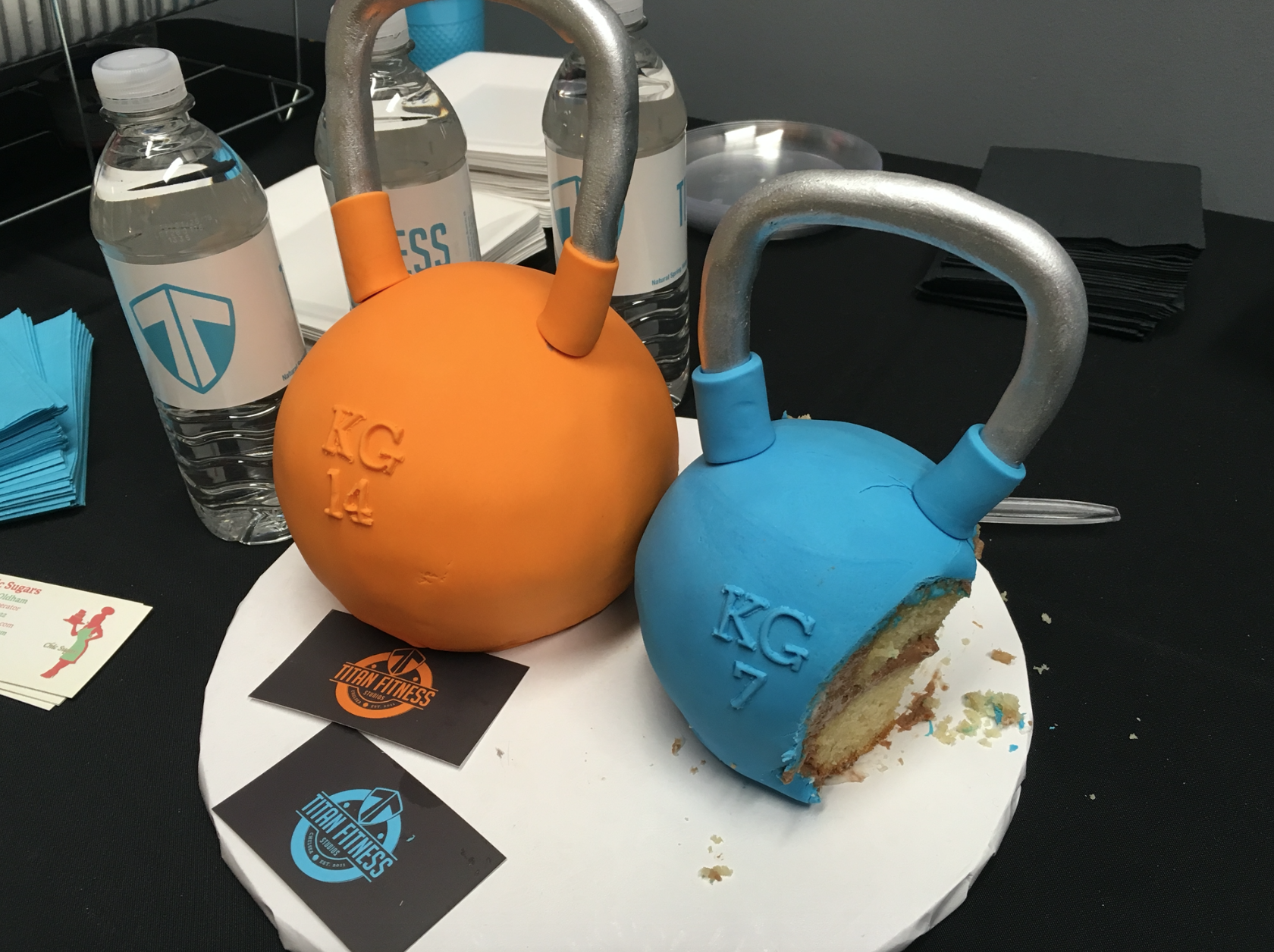 AKT in Motion. I took owner Anna Kaiser‘s class, and she managed to successfully kick my ass while convincing me I was just at some fun, 7 AM dance party. Totally my style. I loved it and had so much fun.

Flex Pilates AKA the fancy torture chamber where I died on Monday night. This was my first Pilates reformer class, and holy shit. My abs are still sore today, four days later. I sneezed on Tuesday and almost burst into tears because it was so painful.

I took class with Jenn Seracuse and I very highly recommend her. She’s a gem, was so helpful, and gave me a ton of positive reinforcement and motivation even though I’m fairly certain I did every move wrong and got to each set 10 counts late because I could never figure out the machine. It’s fine.

Tone House AKA “The Hardest Workout in New York City.” The warmup alone crushed me. I was sweating and panting and sprinting and jumping over bags and trying not to get lapped. And that was the warmup. This is not for the faint of heart, nor for the lazy. It’s all very challenging but still totally rah-rah-go-team (almost in a November Projecty way).

I spent the duration of the hour-long workout trying to keep up with Karlie Kloss, and I was on her relay team and I wanted to be friends because she is OMG perfect. Only turns out, it wasn’t Karlie Kloss. It was just a girl who happens to be really fit and very pretty. Whatever works for motivation, right?

My haircut. It’s so happy and healthy and soft again! But I wish I had gone just an inch or two shorter. YOLO. 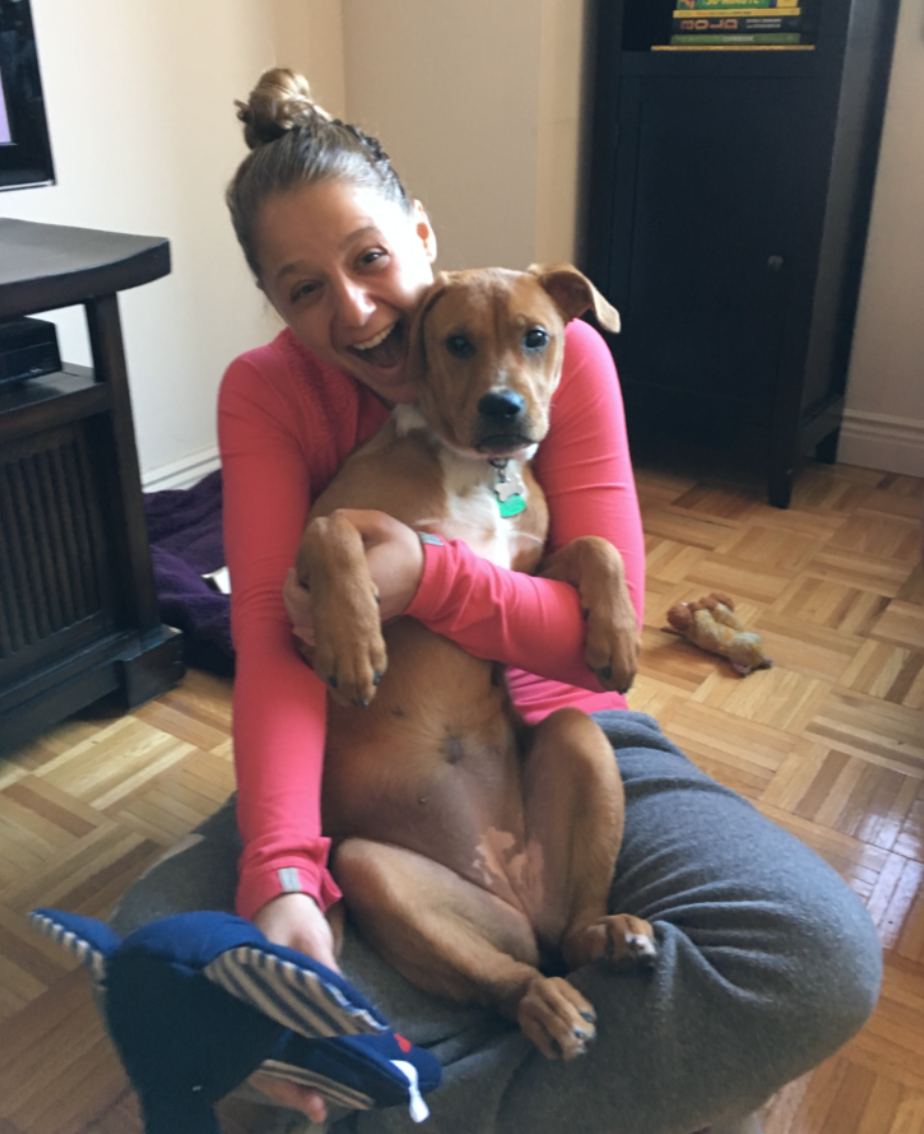 See how good my hair looks?

Writing all day every day. Including but not limited to…

The LOL-worthy lifestyles of the rich and Kardashian. It’s no secret I am endlessly amused and entertained by this wacky family. So this brought me great joy and many LOLs. 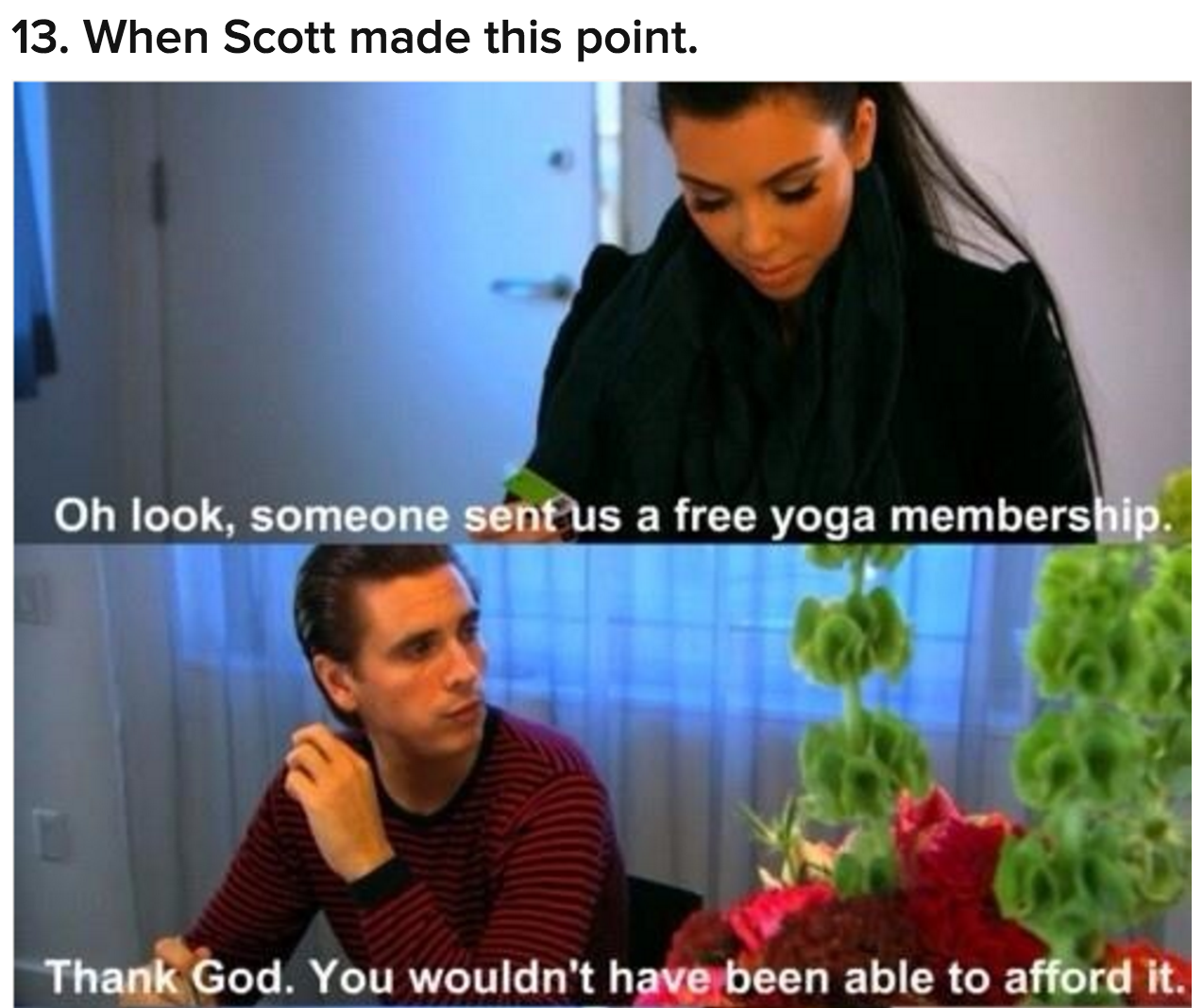 Hahahaha The Lord speaks the truth.

This video, which I’ve been blasting for several days now. Hamilfans unite!

Ellie, and how snuggly she is with me every night. We lasted three whole nights with the “Ellie sleeps in her crate” rule. And she was fine with it. But I missed her. So now she sleeps in bed with us, either on top of my legs, or snuggled in between Brian and me, and it’s the best. She likes to be little spoon and sometimes I just lie there at night, awake and creepy, listening to her little breathing noises. 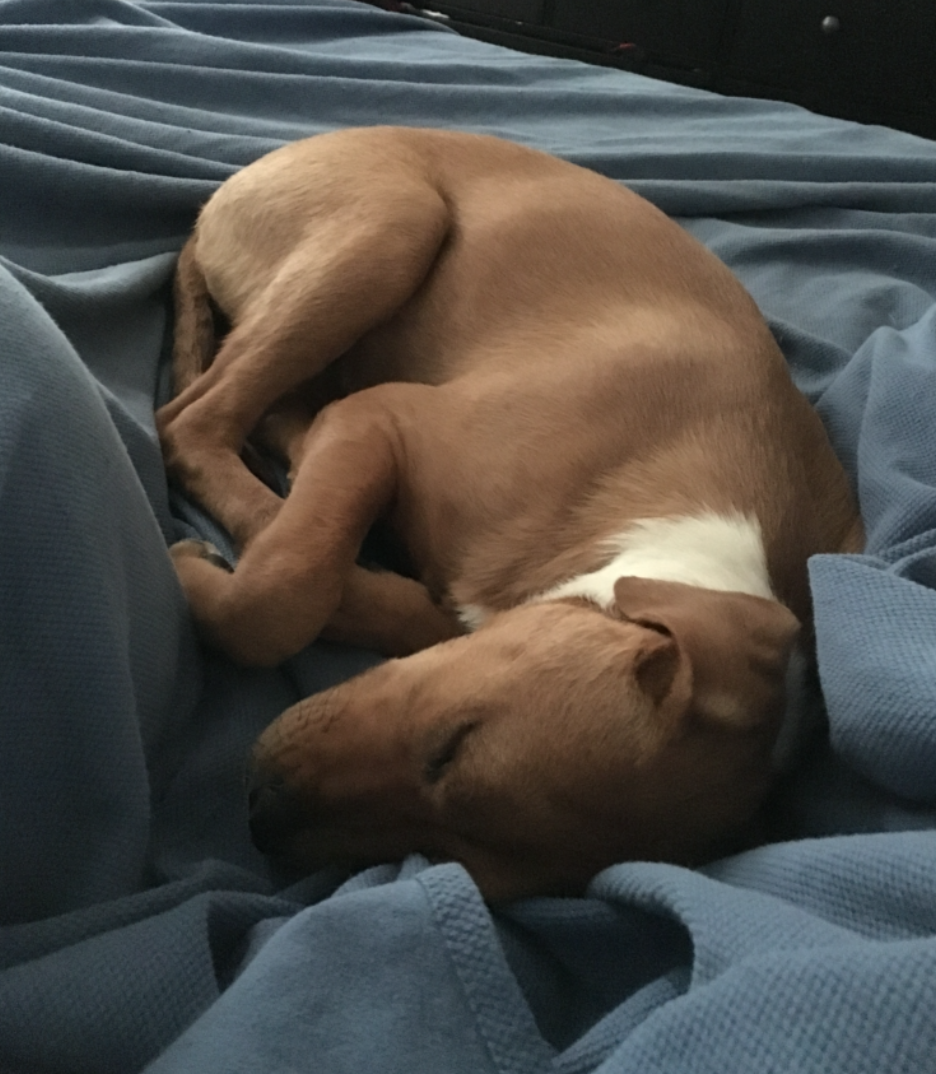 IT’S OK, ELLIE, U DON’T HAFTA SLEEP IN UR CRATE TONITE! Or ever again… (Until you’re huge.)

WILL YOU SHARE WITH ME? What are you loving lately? Gimme something good.

10 Reasons Today Was A Great Day

11 Responses to "All The Things I'm Loving Right Now"

SO glad you are finally watching FNL! We generally love the same TV (friends, 90210, gilmore) and it’s my all-time #1 show. Equally obsessed with Riggins and Mrs. Coach.

Loving that I am getting interviews! Maybe a full time job is around the corner. That would be nice.

Also volunteering at a local shelter once a week! Such a great feeling!

I am loving Flex Pilates too. They just went off classpass, so I probably won’t keep going. Tone House is the toughest! Have you tried Fhitting Room? When are we having our Physique date? xo

I’ve never watched Friday Night Lights before. I’m getting ready to finish Parenthood…just a few more episodes to go! When I’ve recovered from Parenthood, I think I’ll check out FNL.

Your puppy is unbelievably cute!

Cocoa sleeps in bed and I love it!! She starts on my legs and by morning she’s on our pillows and we wake to puppy breath but whatever. She’s getting so big and the puppy park is the best. Cocoa will fall asleep sitting up in the car and it is so funny.

My puppy (she is 10 but she will always be my puppy) sleeps with me every night. My husband usually stays up later than I do so when she is ready to come to bed she will knock on the door. They are great for heat too!

I am glad you are getting back into your workouts, I read about these and it inspires me to try new things and sweat till it hurts!

I love when Duncan (my 7 year old labradoodle) and I spoon. The only issue is on nights we sleep over my boyfriend’s house. He has a BIG dog and the bed isn’t big for all 4 of us. For instance last night Duncan slept on my pillow because that was the only available spot. =)

I’m so jealous that you’re getting to watch Friday Night Lights FOR THE FIRST TIME. Just wait until Matt Lauria shows up….

I’m loving the Presidential podcast by the Washington Post and Drunk History on Comedy Central!

I’m pretty sure the super fit Karlie Kloss lookalike was in my Tone House class, too. Way to make me feel bad about myself, stranger lady!

I don’t have anything cool to share with you. Uhhhh I’ve been liking this book I’m reading (Americanah by Chimamanda Ngozi Adichie) a lot and also the podcast ReplyAll. #NerdAlert.